Here’s what happened in last night’s eventful game in which Rosie finally got her revenge on the mutinous crew of the Merman’s Cock. Each PC gets 2,425 xp.

The PCs interrrogate the captured yuan-ti malison, Mek-Ssss who promises them group’s hidden treasure and safe passage out of the tomb if they are prepared to let him and the young hatchlings live. The party decide they wish to consult the Pool of Divination to find out what has happened to the White Dragon Mask and quiz Mek-Ssss about the necessary sacrifices needed. After a couple of near misses involving Ug, the party gets back across the chasm bridge to the pool chamber. Ug and Turin fill the pool from the well and Rosie throws her Book of Shadows into the water as a sacrifice while Crake averts his eyes.

The pool shows Rosie the caldera of a volcano many hundreds of miles away – an army is massing on the steep sides of the volcano while chromatic dragons fly over ahead. The view heads inside a lava tube and Rosie sees a purple-clad Wyrmspeaker with a small red dragon on his shoulder holding the White Dragon Mask. As the vision fades, Rosie is left shaken by what she has experienced.

Ready to leave, the PCs head back across the bridge to the yuan-ti temple where Mek-Ssss reveals a secret passage leading down into a treasure chamber and out beyond the tomb’s entrance. Ug goes first, taking the treasure. When they realise it is not a trap, the others follow. Mek-Ssss closes the trapdoor behind them.

That night, as Rosie goes to reconstruct her Book of Shadows away from the camp, the madness of the Pool descends on her and she wanders aimlessly in the hills for a while. When she snaps out of it, she can’t remember where she is. Confused, she wanders back to complete the ritual to restore her tome.

The PCs arrive back in Waterdeep. Ug visits the House of Wonder, giving the circlet of seven serpents to Jelkar Feldspear. He agrees to pledge his allegiance to Mystra and the Knights of Mystic Fire. Later the party meet with Dala Silmerhelve and agree to head north to the Sea of Moving Ice to try and find out what happened to Maccath the Crimson and the Draakhorn. Dala tells the PCs she does not belong to any of the five factions but that a “benefactor” of her house is keen for the party to complete the mission.

Feast of the Moon

The PCs attend Ug’s inauguration ceremony into the Knights of Mystic Fire. She wears a new dress for the occasion. As the ceremony is completed, her battle axe glows with pink mystic fire. 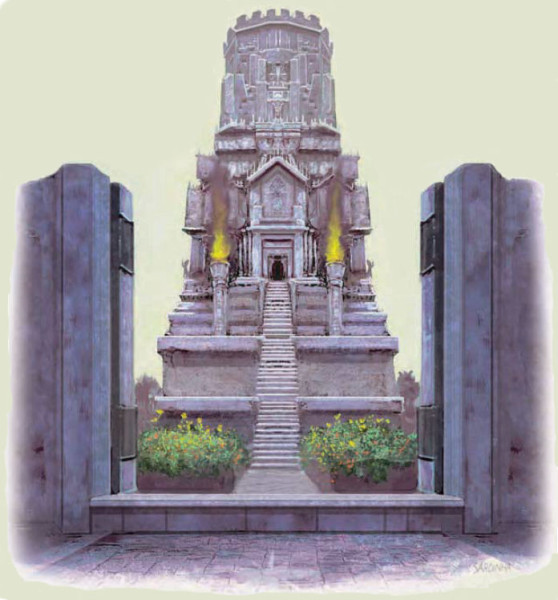 Having purchased winter clothing, snowshoes, climbing kits and crampons, the PCs set sail for the Sea of Moving Ice in the Frostskimmr, a longship captained by Lerustah Half-face.

As the Frostskimmr nears Luskan, it comes under attack from the pirates of the Merman’s Cock – Rosie’s old ship. From up in the crow’s nest the warlock can see her mutinous former crew mates on deck – the captain Ching Shih, Queen Leutia, Sadie the Goat, Back From the Dead Red, The Lioness and Sayyida al Hurra. They are joined by a dragonfang from the Cult of the Dragon and a bare-chested tattooed male kraken priest who begins summoning a storm cloud as the pirate ship closes fast, firing its ballista and killing one of the Frostskimmr’s crew.

Rosie casts hunger of Hadar on the ballista crew as the Frostskimmr gets ready to repel boarders. Then, the kraken priest calls lightning down on the warlock, striking her and disrupting her concentration. Ug misty steps over to the Cock; Turin, Rosie and Crake swing across on ropes.

Turin casts compulsion to send half of the pirate leaders over to the other side of the deck. Meanwhile, a fanatical pirate dives in front of Rosie’s eldritch blast to save Chinh Shih from being hit. The captain closes with Rosie in melee and cuts her down. Fortunately Turin is on hand with a healing word and again when Back from the Dead Red takes her down a second time! Ug engages the kraken priest in close combat, killing him – the paladin is hasted and his AC 23 proves hard (but not impossible!) for the pirates to hit. Crake battles the dragonfang who hurls orbs of fire at him but the rogue is able to take him down with his fancy footwork and sneak attacks. Turin comes under attack from Sadie the Goat and The Lioness but is able to cast shatter to destroy the ballista and its crew.

With the kraken priest dead, Ug turns his slash, now glowing pink, onto Chinh Shih and Sayyida al Hurra. Crake cuts down Queen Leutia as the battle starts to turn in the PCs’ favour. When Ug kills the captain and Sayyida al Hurra, the surviving pirates surrender.

Rosie kills Back From the Dead Red in cold blood and threatens to kill the other two if they don’t explain why the crew mutinied against Anya Ogre-Teeth. Sadie the Goat’s explanation that the Cult of the Dragon offered them money to betray Anya enrages the warlock, and it looks like the “par-lay” is about to come to an abrupt and violent end. Turin moves to attack Sadie, his sword drawn, babbling something about daughters, mothers and half-orcs. Ug casts hold person to stop him and order is restored. Turin seems to have gone the wrong end of the stick about something but no one is sure exactly what set him off.

Sadie the Goat and The Lioness are tied up; the other surviving pirates are allowed to join the depleted crew of the Frostskimmr. The PCs search the Merman’s Cock’s hold, finding a chest of treasure and a trident of fish command which Ug attunes to.

As darkness falls, Rosie throws Sadie the Goat overboard, tied to the corpse of Chinh Shih. She doesn’t survive long. As she starts setting the Merman’s Cock on fire, Ug rescues the Lioness who is still locked in the brig. She is dragged over to the Frostskimmr and chained to an oar.

The Frostskimmr reaches the Sea of Moving Ice. A group of ice hunters are spotted on an ice floe, hunting seals. When Captain Lerustah calls out to them in greeting, they get into their khyeks and paddle off to the northeast – odd behaviour, according to the captain. The PCs sail after them but lose them among the ice floes.

As the day wears on, The Lioness reveals that the Cult of the Dragon knew the PCs were heading for the Sea of Moving Ice and ordered the Merman’s Cock to intercept them. Is there a mole at the Council of Waterdeep?