Hrothgar frees the pathetic captives being held by the trolls in the makeshift jail inside the sinkhole cavern. The three humans and two halflings, hailing from farms and homesteads near Moonstair, are a bit taken aback by their gnoll rescuer. This is made worse by Juma’ telling them they have 10 seconds to run for their lives. Fortunately Sora and Ulthar are able to bring them back as they scarper, and escort them to the entrance to the Great Warren and their freedom.

Hrothgar and Juma have stayed behind in the cavern and hear loud trollish voices heading in their direction. The pair hide in the stream as King Skalmad, two warren trolls and a pair of notices enter the chamber and begin searching for the intruders. By this time, the other PCs have returned and are keen to ambush the troll king and his lackeys. Unfortunately, Gil isn’t as sneaky as he needs to be  and trips over a loose stone as he gets close enough to launch his ice storm spell into the room. 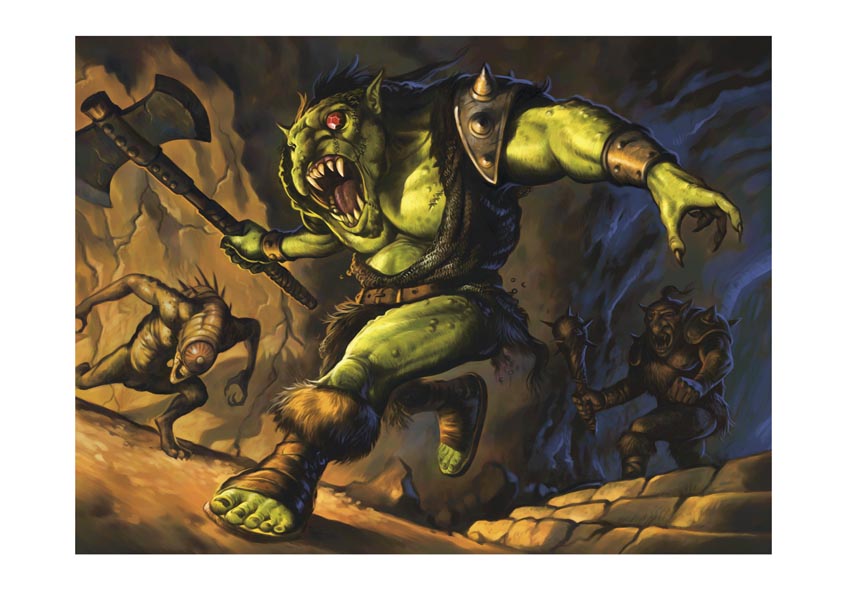 Ulthar, Sora and Bax move forward to guard the bridge over the stream and goad Skalmad into attacking them while the other trolls struggle to negotiate the zone left by the ice storm.  Meanwhile, Juma teleports on top of the escarpment to attack one of the nothics while Hrothgar swims downstream and climbs out behind the troll king. Skalmad’s smouldering eye sets several PCs on fire but he is suffering from the party’s deadly attacks. When Hrothgar’s axe knocks him down, Sora is there to deliver the killing blow. As the troll king’s life slips away, he warns the PCs that his warriors are already advancing on Moonstair. As he breathes his last, the orange stone in his eye socket glows brightly, spreading out to bathe his whole body in blinding light. An instant later his body and the orb both vanish! 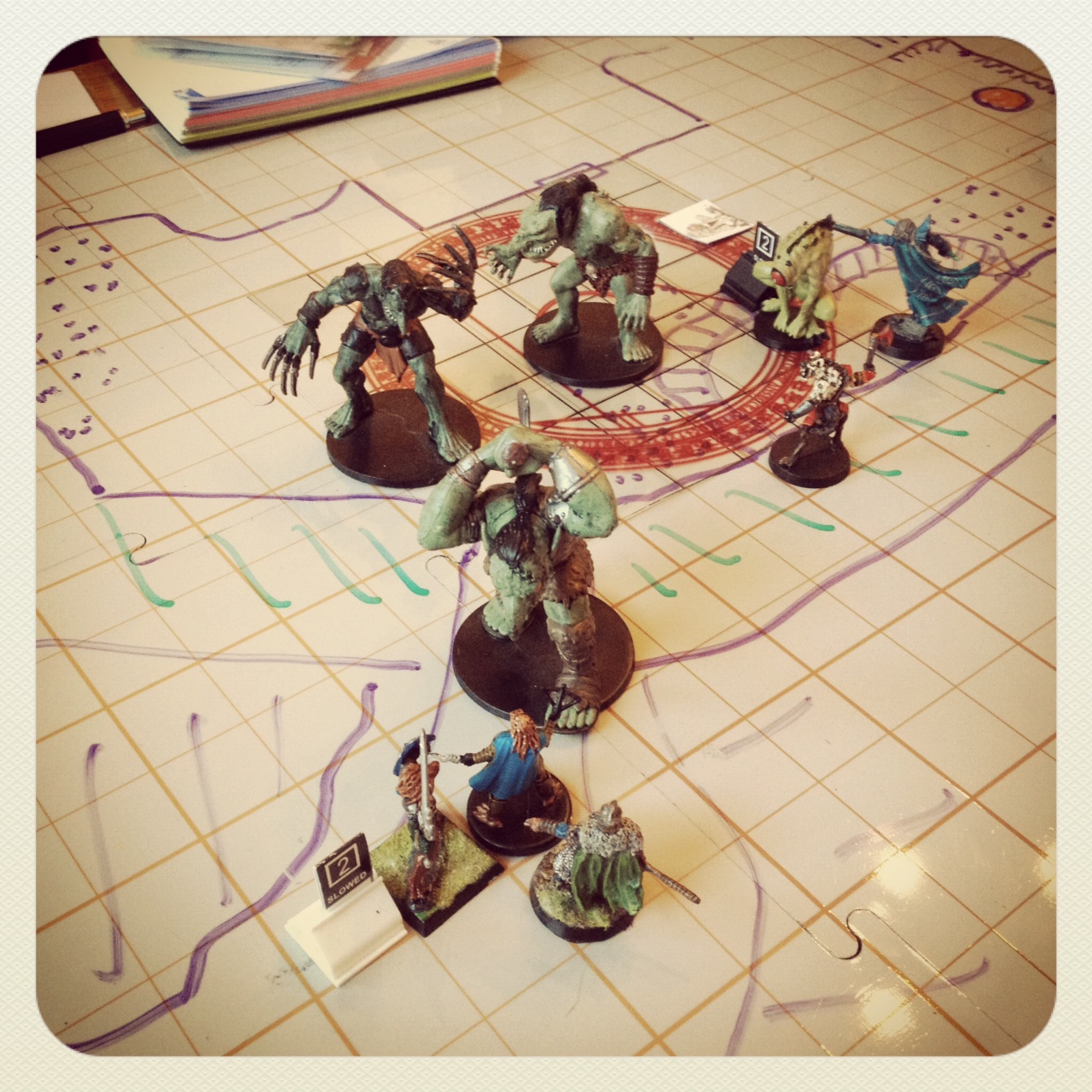 The PCs move into the cavern, killing one troll, but Ulthar is first bloodied and then falls unconscious after attacks from the other troll and one of the nothics. Hrothgar swings at the wart-ridden monster so hard, his axe blow sends the troll flying into the nothic on the ridge, killing both of them! Gil tries to bring Ulthar round but his first aid skills are a bit rusty, and it’s left to Sora to stabilise the warlord. The last nothic is killed and the battle is over.

Hrothgar swims into the low tunnel to the west, finding some treasure hidden in a cave. When he returns, the party discuss what to do. Since it’s still nighttime, heading straight off to Moonstair is going to need to wait until first light. Hrothgar and Juma are keen to look for Skalmad’s loot and manage to convince the others to at least have a look beyond the stone doors to the east.

Inside the doors is a foundry – a female troll smith oversees half a dozen blind grimlocks while a redspawn firebelcher shuffles about in the cavern below the main room. The PCs charge in to the fray. The grimlocks go down easily but Thurk the troll is much tougher, flinging Hrothgar across the room so hard that the gnoll is only able to stay on his feet by sheer force of will. Ulthar isn’t intimidated by this though and disposes of the smith with a well-aimed acid flask. Juma and the others finish off the red dragonspawn and loot the bodies, finding gold and a diamond cincture in Thurk’s pouch. 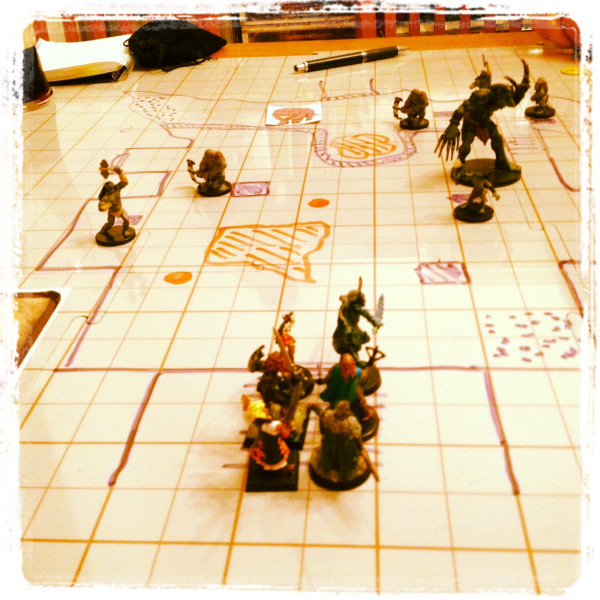 It’s now midnight and the party discuss what to do next….
Collapse